The store will not work correctly in the case when cookies are disabled.

FREE DOMESTIC SHIPPING ON ORDERS OVER $50

Posted in: Sponsorships
No comments

We are pleased to announce that Peregrine Equipment is a sponsor of Cindy Todd’s Backpacking for Behcet’s Disease Awareness this year.

Cindy has a rare autoimmune inflammatory disease. She doesn’t let it slow her down though, because she loves to go backpacking. Cindy hopes to inform and educate people about the disease during her travels, and also to encourage doctors and pharmaceutical companies to do more research on Behcet’s disease and others like it. She is writing a book of 'adventures, misadventures, and gear recommendations' during her backpacking trip to help raise awareness.

“Personally, my ordeal started in 2008. I suddenly felt this extreme fatigue that would last 6-8 weeks, go away, then come back again. At first, I thought it was just the flu, but the episodes became more severe and closer together. I started having neurological symptoms, autonomic dysfunctions, weird rashes, etc. After seeing numerous specialists in my rural area, I was sent to a tertiary facility, the University of Southern California (USC). There, a rheumatologist was able to diagnosis me and confirm his diagnosis quickly. After trying many different treatments, I’m finally on one that works very well. During this difficult period, it took me a month to pack for a weekend backpacking trip due to my exhaustion and feeling systemically ill. Now, I can pack in a 2-3 hours! Being an avid backpacker, I’ve backpacked in the Sierra Nevada mountains countless times, Death Valley, Mojave Desert, Switzerland, Hong Kong, Romania, Czech Republic, etc. This year, I plan on going to Croatia & Estonia to do some hiking/backpacking. I meet a lot of hikers along the way, explaining to them my purpose. I’ve talked to CEOs of pharmaceutical companies and many people in the community. I can only hope that my contributions help at least a little.” – Cindy Todd

Cindy will be continuing her backpacking adventures this year with a new set of Peregrine’s Uinta Carbon Trekking Poles and more people cheering her on. We wish her the best of luck! 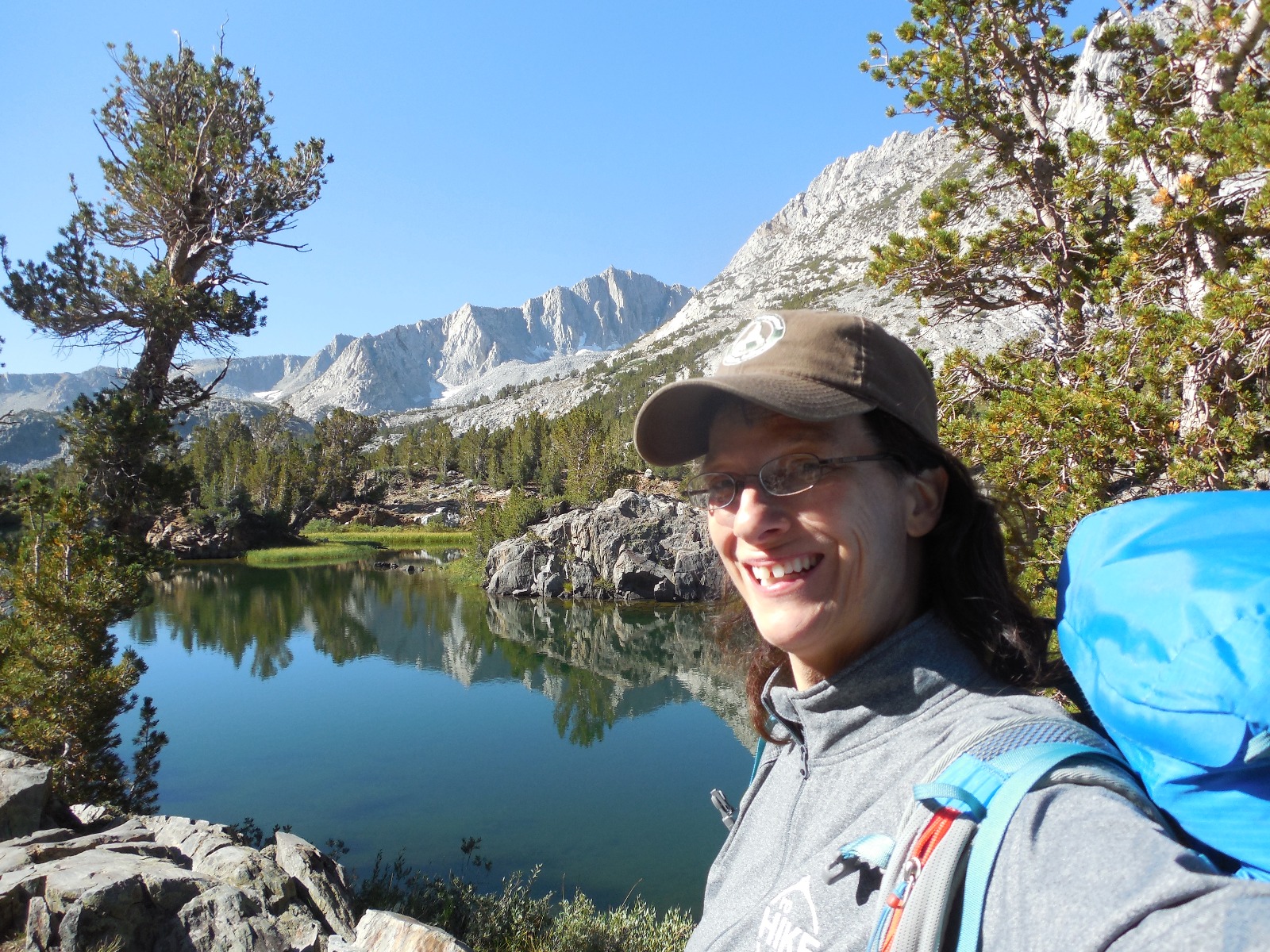 "I’ve been Backpacking for Behcet’s Disease Awareness for a few years now. Behcet’s Disease is a rare inflammatory autoimmune disease and therefore needs additional public awareness and research for better treatments. I’m a 50-year old woman and I have Behcet’s Disease.

I've suffered with this disease since 2008. I have never been in remission, always battling autonomic system dysfunctions, nerve dysfunctions, sores on my body, strange rashes, vascular pain & sensitivity, vasculitis, inflammation throughout my body, eye issues, etc. I drive 5 hours one-way to see specialists.

As mentioned, I’ve been Backpacking for Behcet’s Disease Awareness for 3+ years now. I’m an avid backpacker who often backpacks in the Sierra Nevada Mountains in California, Grand Canyon, Death Valley, Mojave Desert, etc.  Though "camping" isn't excessively expensive, it does take money for gas, wear/tear on my vehicle, food, gear (which is worn out), permits, etc. I'm in need of funds soon, as my next trips are in August, September & October.

Funds will help me continue my cause, educating and advocating for further research of this disease. This cause and my backpacking for it, is crucial for my health. By focusing on this cause, I have a sense of control over my predicament and the ability to help others!

CHECK OUT OUR CO-OP SITES FOR MORE ADVENTURE!